JR Language provides a  complete package of language solutions for all of your translation and interpretation needs!  Our Translation Services Company is ready to create successful global engagement for businesses and individuals in Montreal. Our language translation solutions are carefully designed to fit the specific requirements of each translation project we receive.  With our reputation for razor-sharp attention to detail and cultural sensitivity, we guarantee that every translation that you get will be ready and well-received by your target audience all within your desired timeframe. Here are a few of our translation services you can choose from:


If you are looking for translation services in Montreal, contact us today!  We will be happy to assist you.

Language Translation Services in over 100 languages

The demographics of Montreal’s diverse community is ever-changing, and we have the right language solution to effectively assist speakers of just about any language. Our translation and localization services go beyond delivering an accurate word for word translation, by ensuring that the translated content is localized in such a way as to give your audience the impression that the content was originally written for them.  Language localization customizes the translation to fit the cultural nuances and grammatical peculiarities of a regional dialect. All translation projects will be assigned only to a team of professional translators who are native speakers of the language requested.  Language pairs we work with, include English to French, English to Arabic, English to Spanish, English to German, and English to Italian. 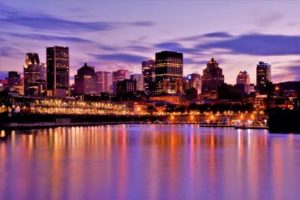 Our translation company provides professional French translation services to a variety of industries in Montreal.  With a large team of skilled French translators and subject matter experts at our disposal, we produce top quality, industry-appropriate content in Canadian French.

When translating into French, we make sure your content is translated into the dialect of your target audience, whether it’s for the Canadian market or European market. If your company has a French translation project in mind, contact us today for a free quote and consultation. 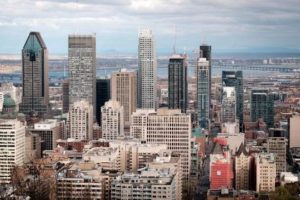 All legal translations are placed in the skilled hands of professional legal translators who are proficient in the languages you require AND the legal topics covered in your documents.   Contact us today and you’ll immediately be connected with a skilled project manager who is ready to understand your legal translation needs and prepared to deliver.

IT Translation Services for Montreal

Montreal is a world leader in information technology, and JR Language is prepared to help IT companies maximize their global reach.  We offer a wide spectrum of translation services that support all aspects of the industry, from employee training, product marketing to technical specifications.

From legal trials to business meetings to conventions and conferences, our interpretation team has achieved an excellent reputation for successfully managing a variety of events. From French simultaneous interpretation over Zoom to on-site language support in multiple languages, we are ready to aid in your multilingual communications.

Because each event is unique, we assign only qualified professionals to your event. Qualified interpreters have linguistic expertise, and knowledge on the subject matter covered at your event plus the ability to convey the message effectively.  The first step is understanding your needs, and then having a discussion to arrive at an interpretation solution that ensures that all of the participants at your event have successful interactions.

If you are planning a multilingual event, or have questions about our interpretation services, don’t hesitate to contact us today!

About the City of Montreal, Province of Quebec

Montreal brims with a diverse variety of events, including festivals and exhibitions honoring different cultures and art forms.  The region is as innovative as it is creative, which has earned it a place on UNESCO’s list of Creative Cities.  Montreal has made significant innovative contributions in fields like medicine, multimedia, and urban planning.

Language diversity is growing in Montreal.  The city’s predominant languages include Arabic, Spanish and Italian.  The fastest growing languages in the region are Malayalam, Telugu, and Marathi- which hints at an increase in immigration movement from India.   Top source countries for Montreal’s immigrants include Algeria, Morocco, Haiti, France, and China.

Montreal is a leader in several industries including information technology, biotechnology, aerospace, and agriculture.  The city’s passion for innovation and out-of-the-box thinking has also made its video gaming industry a huge success.