We work with over 100 languages for the following translation services:


Whether you need a translation of a simple document, a complex presentation, a contract, a technical manual or a website, you can trust the excellent quality and precise translations of JR Language. Partner with JR Language and enjoy excellent translation services in Toronto.

We are proud to serve Toronto’s multicultural landscape with translation services in language pairs including English to French, English to Chinese, English to Spanish, English to Tagalog, English to Italian, and English to Portuguese. We help businesses and organizations communicate across cultures with potential customers, new employees, students, business partners through services including the following:

Your translation project will be tailored to fit your requirements and assigned to a professional translator who is a native speaker of your requested language. The translated content will be ready upon delivery, for use by your intended audience. 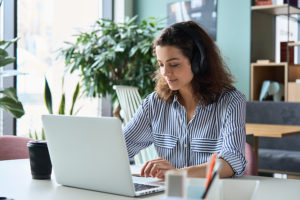 JR Language is the reliable choice for delivering financial translations. We have had years of experience working with financial institutions to deliver translations of documents of varying complexity. By working with us, you gain the peace of mind that your translated content will be handled by the most skilled translators who are specialists in the field of finance. Whether you are a financial services provider or individual, you can trust us to be up to the task of delivering accurate financial translation services within your requested timeline.

Sepi Montarbo
★★★★★
Read More
I use JR Language Translation Services monthly. They offer the best customer service, [are] highly attentive, [have] great rates and quality work!
Stephanie Plante
★★★★★
Read More
We had a wonderful experience with JR Language Translation Service. Great Communication and the translator was fantastic. We can’t wait to use them again!
Zeb Mirza
★★★★★
Read More
Excellent work. Very professional. Exceptional customer service. Quick [turn] around time. I highly recommend JR Language Translation to everyone requiring their services
Kevin McHale
★★★★★
Read More
... adapting well to dynamic circumstances. Despite the project’s unforeseen complexity and technical delays beyond their control, the team was persistent in achieving the task at hand.
Online Health Decision Tool
★★★★★
Read More
JR Language [...] is responsive to the requests and has a quick turnaround time. They offer an affordable cost and are working hard to complete the work.
Sarah Haskins
★★★★★
Read More
I had to have a document translated and it was processed in no more than 2 days. Incredibly efficient and very responsive to emails and all questions. Definitely recommend!
Previous
Next
See the Reviews here

We provide professional legal translation services for Toronto. Our legal translations are acceptable for a vast variety of purposes from an application for real estate, to legal proceedings. Law firms and companies look to us for reliable translations of critical documents ranging in complexity from vital records to affidavits, patents, and contractual agreements. When you choose our Translation Company for legal translation in Toronto, you will have peace of mind knowing that your documents will be handled with complete confidentiality. You can also expect your project to be assigned to the most qualified legal translator who specializes in the specific subject matter of your documents. 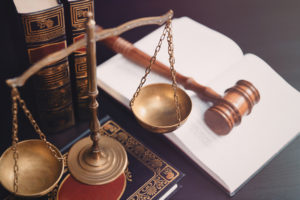 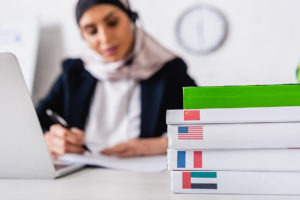 We help you reach more audiences with your video content by offering video translation and localization. Our video translation services cover all purposes including marketing, training, and e-learning, serving a variety of industries including Government, Consumer Goods, Construction & Real Estate, Health & Safety, and Education. Videos are one of the most effective means of reaching global consumers, and we have an experienced team of translators, localization specialists, voice over and video production professionals who will help make your video resonate with your desired audience.

About The City of Toronto in Ontario

Toronto is the largest city in Canada and the fourth largest in North America. It is the capital of Ontario and home to about 2.8 million people. The city is known to have one of the most culturally diverse populations in the world, where over 30 percent of its residents speak a language other than English or French at home. Toronto is a top tourism destination in Canada, attracting over 25 million visitors annually. The region is also known for its strong business and financial landscape which has earned the city high rankings in terms of global competitiveness and tax competitiveness for businesses.

Foreign-born residents account for nearly half of the population in Toronto. Common countries of origin include India, China, the Philippines, Italy, and the UK. Other than English and French, popular spoken languages include Cantonese, Italian, Spanish, Tagalog, Mandarin, and Portuguese.

Toronto’s key sectors include education, aerospace, finance, tourism, life sciences, and design. JR Language Translation Services has years of experience and a wide pool of professional resources that make us the trusted provider of translations for a wide variety of industries. We look forward to assisting you and your company!