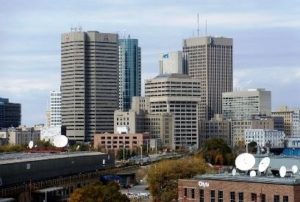 Our Translation Company is dedicated to helping businesses succeed in the global marketplace by eliminating language barriers.  Your translation project will be managed by a team of skilled project managers, who will understand your needs in detail and work with the most qualified translators to deliver the best quality translation.

Professional Translation Services we offer, include the following:

JR Language Translation Services offers document translations for content of varying degrees of complexity and subject matter.  We are equipped with some of the best professional translators in the industry and are ready to deliver document translation services serving all of Winnipeg’s key industries including advanced manufacturing, information technology, and finance.

Each document translation project is handled with care by our skilled translators, proofreaders, and editors who will work together to deliver accurately translated content.

Our legal translation services include the following:

JR Language has been a top choice for website translation.  Companies count on us to deliver multilingual websites that make all potential clients feel at home whenever they visit.

Contact us today, to see how we can help you reach a global online market!

HOW TO CONTACT US: If you are looking for translation services in Winnipeg, contact us today!  We will be happy to assist you.

About the City of Winnipeg, in Manitoba

Winnipeg is the capital of the province of Manitoba.  The city is located at the geographic center of North America, just 100 kilometers from the U.S. border and is accessible from the east and west by the Trans Canada Highway.

Winnipeg is home to a diverse population of over 720,000 residents who represent more than 100 nationalities.  Known as the “cultural cradle of Canada”, Winnipeg is also home to a flourishing arts scene which includes theatre, live music, museums and colorful festivals.

Other than French and English, some of the most commonly spoken languages in Winnipeg, include Tagalog, German, Ukrainian, Punjabi, Polish and Spanish.  Winnipeg’s immigrant population makes up about 20% of the total population and includes residents from the Philippines, India, China, German, Poland, and U.S.

The city of Winnipeg has one of Canada’s most diverse economies.  Some of the region’s key industries include advanced manufacturing, aerospace, energy and environment, information technology and Tourism.  The city’s financial services sector is also competitive, Canada’s ‘big six’ banks have significant operations in Winnipeg.

If you need translation services in Winnipeg, Manitoba contact JR Language Translation Agency for a consultation and a free quote.