JR Language provides Arabic translation services to help you communicate effectively, using proper cultural nuances. Our Arabic translations are performed by professional translators with years of experience in order to achieve the quality and precision that your translation project requires.

Why are Arabic Translations important?

Arabic is gaining in global importance and is widely used. The Arabic language is spoken by over 186 million people as a first language, and at least another 35 million as a second language. More than 20 countries use Arabic as their official language, including: Egypt, Jordan, Afghanistan, Qatar and Israel. In some countries more than one language coexists, for example in Israel, where Arabic and Hebrew are spoken. This is also the case in Morocco, Tunisia and most of the Maghreb region where both Arabic and French are regularly used.

If we add to the cultural diversity the fact that Arabic is written from right to left, we have the perfect ingredients for localization.

Modern Standard Arabic is the official language throughout the Arab world and its written form is very consistent across national boundaries. The spoken forms of Arabic vary and each Arab country has its own dialect. Of all the dialects, Egyptian Arabic is the most widely understood due to popular use in film and television. Understanding the market or country you are targeting is important to achieve proper localization for your audience.

Academic and literary Arabic Translation – Arabic has among the richest and largest bodies of literature of all the world’s classical languages.

Legal Arabic Translation – From marriage or birth certificate to contracts; we have the right set of Arabic translators that can help you.

Arabic Translation for the Oil and Energy sector – According to the U.S. Energy Information Administration, the Arab world is home to 4 of the top 10 highest oil-producing countries in the world. This generates the need for translation from Arabic into English and English into Arabic for the Energy sector and other areas of commerce- a process which creates interesting cultural exchange. Our team of technical translators specializes in serving this industry. 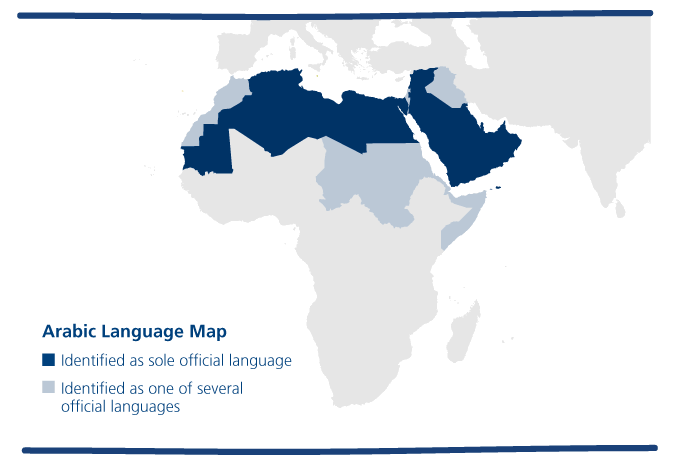 Interesting facts about The Arabic Language

For more information about Arabic Translation Services,
call us today at 647-952-2090
or send us an e-mail to info@jrlanguage.ca