Professional, Polished Portuguese Translation for All Your Needs

For many years, JR Language has been serving institutions and organizations in Canada and around the globe with exceptional Portuguese translation services. Whether your project is large or small, our multidisciplinary team of language experts is prepared to customize an affordable solution that fits your Portuguese translation needs.

Why is JR Language a Great Choice for Your Portuguese Translation Projects?

When you hire JR Language, a full-service Canadian translation company, you can expect: 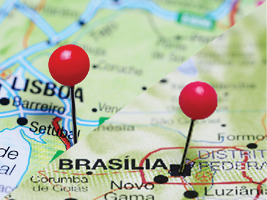 A global language, Portuguese is spoken by people in Europe, South America, Africa, and Asia. Portuguese speakers from different parts of the world communicate in their own unique way, from Portugal and Brazil to Macau and other regions.

The French language influenced European Portuguese, while Brazilian Portuguese was primarily shaped by indigenous and African dialects (as well as immigrants from Italy, Japan, and Germany). Just like with Spanish translations, localization is a vital part of your Portuguese translation. Beyond creating a translation in the correct language, your translation agency must customize it to the specific audience so that you’re truly “speaking their language.”

By far, most Portuguese speakers live in Brazil. Due to the massive population and thriving economy of that country, Brazilian Portuguese translation services are requested often. If your audience is primarily Brazilian, the team of professional translators assigned to your project will be from Brazil in order to create the most effective English to Portuguese translation possible.

From Brazil to Portugal to Africa, you can trust JR Language’s Portuguese localization services to help you reach your target audience with impact and clarity. We have linguists from each Portuguese-speaking country who can localize your important documents with a high level of accuracy and cultural sensitivity.

Where Are English-Portuguese Translation Services Needed?

JR Language Translation Services in Canada offers a variety of specialized Portuguese translation services and complementary business services to many industries. These include:

From annual reports to procedure manuals, global business calls for clear communication in every translated document and file. For instance: Brazil is a leading global economy, and government agencies and companies conduct a great deal of business there. If your Canadian company just opened a new office in Brazil, you’ll need employee manuals, handbooks, and other HR content translated into Brazilian Portuguese. On the other hand, European Portuguese might be the target language needed for your website or business exchange for a partner in Portugal. No matter the dialect of your business communication, please let us know and we will have you covered!

Where there’s business, there are most likely contracts, disclosures, and a host of other legal documents that need translating. Don’t trust your critical documents to anyone but the professional Portuguese translators, legal experts, and linguists at JR Language. We have years of experience working for law firms, corporations, and institutions supporting multilingual communication in their legal matters.

Whether it’s a tourism website aimed at customers in Portugal or a bank website and its apps for Brazilian customers in Toronto, JR Language Translation Services has the capabilities to effectively analyze, plan, and execute your website translation project. Supported by a world-class team of project managers and localization engineers, our Portuguese translators have the resources to deliver your project with success.

JR Language has technical translators who focus on many different technical fields—including biology, engineering, and physics. These dedicated professionals have the academic credentials and industry experience to take on any complex technical translation project. Do you have an operation manual for a highly technical product that needs to be translated into Brazilian Portuguese? Let us put together the perfect team for your technical translation and deliver within your required timeframe.

100% Confidentiality for Your Portuguese Translation Services

When you’re having proprietary business and legal documents translated from English into Portuguese, you want to know your private data is safe and secure. You can feel confident and have peace of mind working with JR Language. We take your privacy very seriously—that’s why all our translators are trained in the Translators’ Professional Code of Ethics. Additionally, all the members of our team have signed confidentiality agreements from day one.

If your documents contain information that’s highly sensitive, we are happy to sign a confidentiality and/or non-disclosure agreement prior to the start of your project.

Do you need a professional Portuguese interpretation for an event—or a team of interpreters for a conference? Our interpretation experts are ready to discuss your requirements and tailor the optimal solution for your company. From a Portuguese-English Zoom interpretation meeting … to a multilingual meeting with simultaneous interpretation and equipment … we have the depth, expertise, and comprehensive resources to successfully plan and execute your global multilingual event.

Portuguese Language Services Are Vital to Your Business

Below are facts that make interpretation and translation services important:

Choose Portuguese Language Services Trusted in Canada—and Across the World 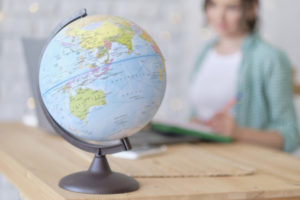 If you’re looking for high-quality Portuguese language services, count on JR Language to support all your communication needs. From localization services for any Portuguese audience to on-site and remote interpreting services, our team is committed to handling your Portuguese translation project with accuracy, speed, and efficiency.

From start to finish, we’ll oversee every element of your project so that you can stay focused on your business. To learn more about our Portuguese translation process or our array of Portuguese interpretation services, call us at 647-956-0507. You can also fill out the Free Quote form above to get a free estimate or consultation on our language services offering.

For more information about Portuguese Translation Services,
call us today at 647-952-2090
or send us an e-mail to info@jrlanguage.ca